It’s paying-off-the-winter-electric-bill time (somewhat later than usual this year, thanks to the pandemic), and it’s also coming up on pay-the-town-property-tax time, so it behooves me to point discreetly to the Editorial and Critique Services link up at the top of this blog.

Short version: If you’ve got a book you think needs an editorial polish before you either self-publish it or send it out into the wide world to seek its fortune, my rates are reasonable and I’m available. 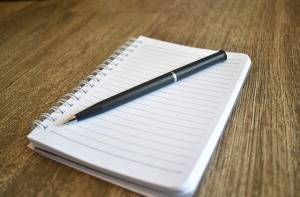 … a lot of people are staving off the side effects of self-isolation by finishing up all their half-done household projects. Some of them are even finishing up their novels.

And, yes — as always, you can purchase a slot in advance if you’ve got the money now but won’t have the finished manuscript until later. Or you can buy one as a gift for somebody else, if you like.

Meanwhile, stay well and stay safe and stay six feet away from your friends and neighbors. And keep on writing.

I’ve written here before about the necessity — in my opinion — of making one’s villains well-rounded characters and not merely evil mustache-twirling sockpuppets. By which I mean granting them their virtues as well as their vices, and giving them friends as well as enemies, and generally treating them with a certain amount of respect even as they go forth to meet their richly deserved ends at the hands of the protagonist of the tale.

I don’t know if what I’m encountering a lot of lately is the start of a disturbing new trend, or just the result of seeing a lot of plain old-fashioned bad writing and worse criticism . . . but readers and writers both seem to be getting more into villains who are evil all the way through, from the flaky top crust of their characterization down to the soggy underbaked bottom. Anything in the line of subtlety or multidimensionality or (dare I use the word?) empathy is decried as normalizing or valorizing their badness.

This is, in my opinion, wrong. We as writers humanize our monsters in order to drive home the idea that not only are they people just like us . . . we are, if we’re not careful, people just like them.

And yeah, there are always going to be some readers who simply don’t get it, in the same way that there’s always some genius in the English Lit survey class who thinks that Jonathan Swift was speaking literally when he wrote A Modest Proposal.†

But we shouldn’t have to be in the business of writing for those people.

Back when I was first writing for publication, Jim Macdonald and I wrote a number of YA novels, mostly for book packagers (that was one of the entry points back then, before packagers turned into high-profile wheeler-dealers and were instead mostly borderline sleazy providers of work-for-hire content to publishers who were too dainty to make such deals themselves.)  Some of the stuff we did I’m still quite proud of; and all of it was the best we could provide given the sometimes-weird constraints we had to work under.

But my golly, I’m glad I’m not working in that end of the business right now.  We’ve come to a place where a pre-publication social-media campaign can — shall we say, bully? yes, we shall — bully an up-and-coming author into withdrawing her own book before it can be published.  And that sort of thing can happen more than once.

Whatever happened to publishing the book and letting actual readers decide for themselves whether it’s a Bad Thing or not?

(Right.  I forgot.  This is YA literature, and therefore falls under the purview of all those good-intentioned people who want to Protect Impressionable Young Minds.  Thank God for all the impressionable young minds who are already way ahead of them in finding the stuff that young minds actually want to read.)

A reminder:  My annual holiday sale of editorial and critique services ends at midnight on January 5th, 2019.

(For the purposes of this sale, “midnight” is 2400 hours in either my time zone — Eastern Standard Time — or yours, whichever is more to your advantage.  I’m not going to quibble over details.)

One of my brother’s friends cleared out her garden in advance of the frost, and as a result we ended up with a large bag full of fresh tomatoes — more tomatoes than we could possibly put into bacon-lettuce-and-tomato sandwiches, or add to salads. Letting them deliquesce in the refrigerator until they could be thrown out as inedible would be tacky, but neither did I feel like doing any of the things that would involve peeling and coring and scooping the innards out of that many tomatoes, either.

Then I found a recipe for marinara sauce in the instant pot that called for pureeing whole tomatoes skins, seeds, and all, and said to myself, “What’s the worst that could happen?”

And myself replied, “Well, the recipe could turn out to be a total failure even if you execute it correctly.”

“You’ve got a point there.”

So I limbered up the food processor, and then the Instant Pot pressure cooker, and I’m pleased to report that the recipe was not, in fact, a failure. The end result definitely counted as tomato sauce under the meaning of the act, and it now sits in my freezer in zippered freezer bags, awaiting the day when they’re needed.

All that being said, I’m not such a committed foodie that I’ll be going out of my way to purchase tomatoes to do this thing again. But now I know what to do the next time I’ve got a veggie drawer filled with somebody else’s tomato crop.

(Obligatory writing reference:  Sometimes your subconscious presents you with the creative equivalent of a pound or so of gift tomatoes.  Even if you don’t have a use for them right now, it’s always a good idea to preserve those ideas in some fashion — a scrapbook file on your hard drive, or a printout stored in a physical folder and kept in the bottom drawer of your desk, whatever works for you — to keep your subconscious happy and willing to serve you up ideas when you need them.)

One of the things I used to wonder about when I read C. S. Lewis’s The Last Battle was that literal died-in-a-train-wreck ending . . . it always seemed to me like a rabbit pulled out of a hat. Then one day while idly mousing around the internet, I found out about the 1952 Harrow and Wealdstone railway crash, a three-train collision where 112 people died and 340 were injured, and I thought, “Yeah . . . for a book published in 1956, something on that scale that happened in 1952 would have still been taking up space in the author’s mind during the writing process.”

Writers aren’t necessarily in control of what sinks into their memories, and they don’t always have a say in how it may bubble back up to the surface later.

(Because I’m waiting on a dishwasher-repair person, and that sort of thing always makes me peevish.)

Peeve the first: It’s vocal cords, people, not vocal chords. It’s an easy mistake to make, given that cord and chord are homonyms, and given the association with sound-making and hence with music . . . but the items in question were named by anatomists, not musicians, and for the anatomical mind the notable thing would have been their physical structure. Wikipedia has some good pictures, which I’m not going to reproduce here because while interesting, they aren’t particularly handsome or appetizing.

Peeve the second: This one’s a bit more subtle. If you’ve got a character listening in on another character or characters talking about something, but the listener isn’t quite able to make out what’s being said, the conversation isn’t undecipherable or illegible.

I run into this one oftener than you’d think, and it drives me batty.

While idly mousing about the internet the other day, I followed a link to this page, which is all about an artist in Texas who’s been re-imagining images of classic Western heroes using female models, with awesome results:

And my thought, instantly, was “Damn, I want to read the books that those are the covers for!”  Because behind every powerful image is a good story.

Just a quick reminder that my seasonal winter sale ends at midnight on the 5th.

In other news, it’s cold up here.  And if you’re living in the continental United States, or in Canada, it’s probably cold where you are, too.  (It’s probably also cold in northern Europe and Asia, but I don’t know if it’s unseasonably so.  If it is, here’s some profound fellow-feeling coming at you from the northern end of New Hampshire.)  In any case, here are a trio of blog posts about surviving, and driving, in extreme winter weather conditions: Cold Blows the Wind Today, Fimbul Winter, and Dashing Through the Snow.

This is the kind of weather that inspired the cautionary tale of Young Charlotte, who thought that a silk-lined cloak would be proof against hypothermia on a fifteen-mile sleigh ride on New Year’s Eve.  She was, alas, fatally wrong.